An introspective, warm dramedy about relationships, family, and life’s little mirrors, THE PLAYBACK SINGER introduces us to Ray, an aimless would-be jungle-gym architect, and his grounded lawyer wife Priya. They find their lives and marriage disrupted when Priya’s estranged father, Ashok, comes to visit them from India. Ashok – a washed up “playback singer” –  has spent his life singing in Bollywood films. Heard but rarely seen on screen, Ashok hasn’t seen his daughter in 16 years and wants to stay with the couple as he embarks on a singing tour of the United States. When it turns out the tour is a scam and that as an investor he has lost his money, an embarrassed Ashok is convinced to stay while his daughter, Priya, tries to recoup his investment as well as her relationship with her father. Ashok and Ray initially spend their days picking on each other, but eventually they bond over beers and their shared laid back attitude towards life. However, when Priya finds out she’s pregnant and Ray has a less than ideal reaction, Ashok realizes he needs to help Ray reflect on his life and turn things around so he can be the good father and husband Ashok never was.

Language of a Broken Heart

Pulled from the depths of writer/producer Juddy Talt’s emotional roller coaster, LANGUAGE OF A BROKEN HEART tells the tale of Nick (Juddy Talt) as a raw damaged best selling author who writes about love without seemingly understanding his subject. Nick comes home to find his fiancee Violet (Lara Pulver) cheating on him with another man, and looks to his therapist Adam (Oscar Nunez) for advice only to find out that Adam is more messed up then most of his patients. Nick runs home to the only woman that he has ever left, his mother Mimi (the wonderfully charming Julie White) only to find stress, distress and growth with an antiquarian bookseller Emma (Kate French). Produced and directed by Emmy Award winner Rocky Powell, LANGUAGE OF A BROKEN HEART is a fresh romantic comedy that tells the story of it’s not who you love, but how you love, and all of the hate in between. 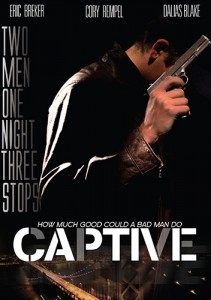 CAPTIVE is a suspenseful drama that follows John Rancour, an aging, corrupt detective on the run for murdering a fellow police officer in cold blood. With enemies on both sides of the law wanting him dead, John has no choice but to seek help from the journalist that exposed his crimes and sent him into exile. An action packed police drama that keeps you guessing, CAPTIVE, stars Eric Becker of Walking Tall, Origins and The Killing and features the Snow Patrol song “What if the Storm Ends” 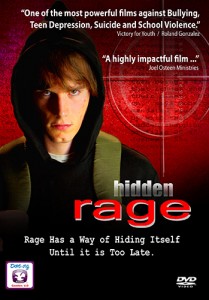 Produced and directed by Emmy Award winning producer, Norton Rodriguez, HIDDEN RAGE tells the story of Joshua (Aaron Goldenberg) a 17 year old high school student’s experience and actions as he navigates the tense world of high school. HIDDEN RAGE deftly explores how rage can build inside a youth who is bullied and feels isolated, and provides a warning and demonstration of the consequences of resorting to violence to solve problems. The film creates an opportunity for relevant and timely dialogue about the rage and violence prevalent in today’s youth culture, and how faith and spirituality can offer options to deal with life’s pressures and uncertainties. Entertaining while being educational, HIDDEN RAGE fills a timely need and will act as a starting point for discussion in schools across the country. 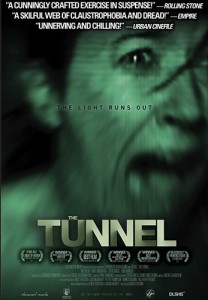 In 2007 the New South Wales government suddenly scrapped a plan to utilize the water in the disused underground train tunnels beneath Sydney’s St James Train Station. In 2008, chasing rumors of a government cover-up and urban legends surrounding the sudden back flip, investigative journalist Natasha Warner led a crew of four into the underground labyrinth.

They went down into the tunnels looking for a story – until the story found them.

This is the film of their harrowing ordeal. With unprecedented access to the recently declassified tapes they shot in the claustrophobic subway tunnels, as well as a series of candid interviews with the survivors, we come face to face with the terrifying truth. This never before seen footage takes us deep inside the tunnels bringing the darkness to life and capturing the raw fear that threatens to tear the crew apart, leaving each one of them fighting for their lives. 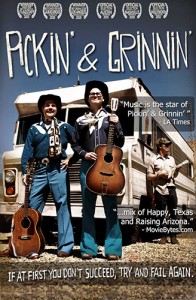 There aren’t too many hit songs written about corn dogs. Unfortunately that’s what music-loving brothers, Johnny Jake and Milo Johnson (Johnny Dowers and Garret Mathany), have to do to make a living. In Pickin’ & Grinnin’ the Johnson Brothers are on the verge of calling it quits after playing one too many dead-end shows, until they hear about the Sing-A-Ling contest in Nashville. On a last-ditch mission of musical redemption, the Johnson Brothers make their way cross-country in a Winnebago named Gomer in hopes of becoming stars and ending the Johnson family’s legacy of losers.

Shot on the Red One in black and white, The Drummond Will is a collision between old and new. A black comedy set in decaying rural England. It follows estranged brothers Marcus and Danny Drummond (Mark Oosterveen, Phillip James) as they find themselves on a surprisingly dangerous undertaking to unravel the mystery surrounding their father’s very unlikely wealth.

A deeply affectionate modern retelling of the classic comedies and murder mysteries from the Ealing era of British cinema, The Drummond Will imagines what it would be like to be stuck in a world where the strange rules of Ealing cinema apply. A world where life continues quite as normal in the face of escalating body counts, where sleepy English villages invariably harbor any number of dark secrets, and where you only really know who the murderer is when everybody else has been killed.